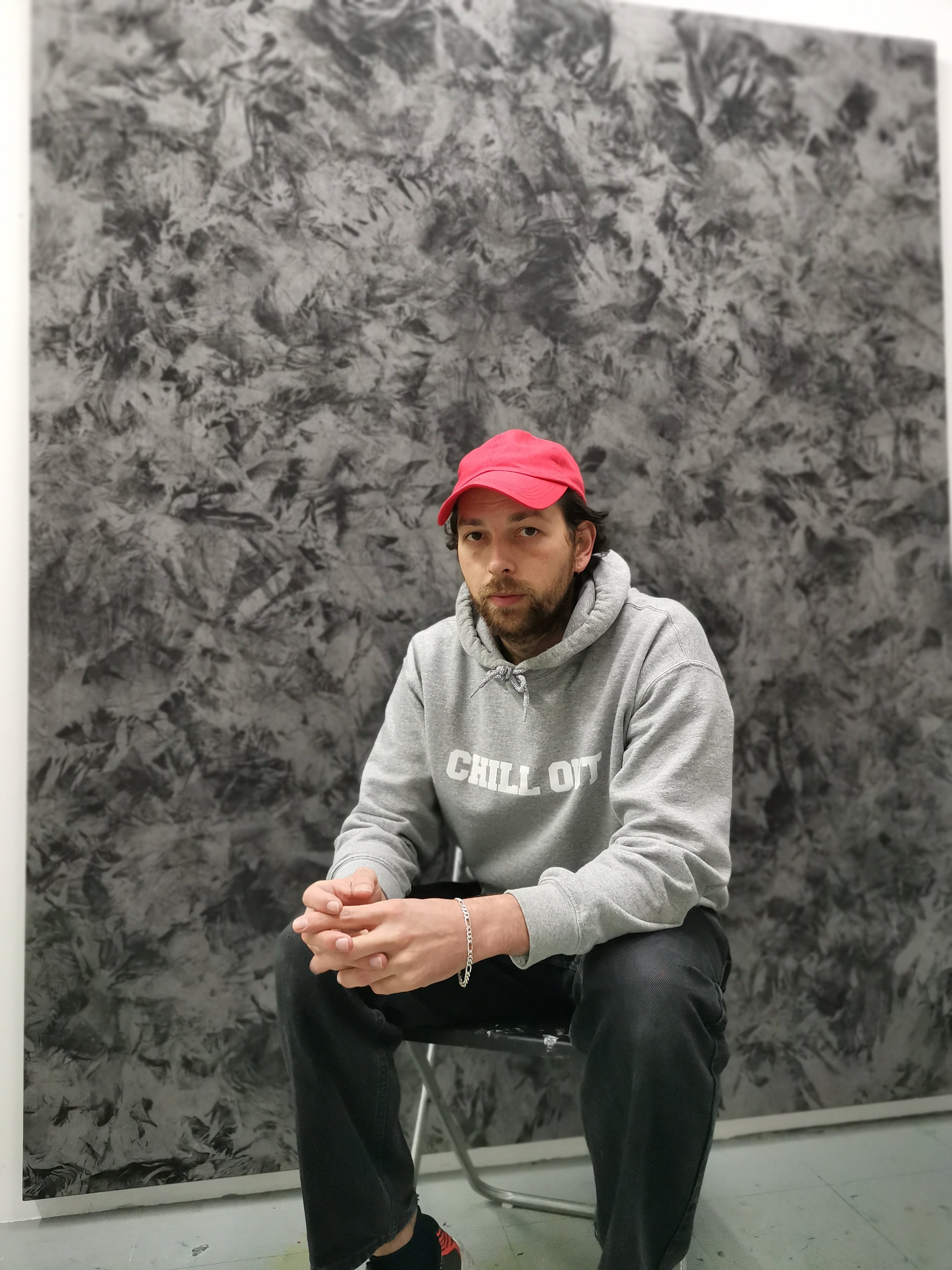 Joss Heierli (b.1988, Shoreham-by-Sea, UK) lives and works in London. He completed his undergraduate studies in 2012 at the University of Westminster, followed by his postgraduate in 2017 at the Royal College of Art. He has exhibited in group exhibitions and co-founded clearview.ltd in London (2016 - 2018) alongside numerous curatorial projects.

Through the language of abstract painting, his practice focuses on the ontology of mark making and suspicion towards the ‘artist's hand’, attempting to explore whatever space is left within abstraction as a critical practice. With a conceptual approach, he predominantly works in series to create a deliberate shift within aesthetics, and a distance from a signature style. Reflecting on consumption and systems of cultural production.

Whilst in residence, Joss will continue to develop a recent series of paintings and drawings which will be presented in his first solo exhibition at V.O in 2022. He will be mentored by Paul Purgas.

Paul Purgas is a London based artist and musician working with sound, performance and installation. Originally trained as an architect he has presented projects with Serpentine, Tate, Kettle’s Yard and Spike Island. His written output includes essays for the Unsound:Undead collection published by Urbanomic/MIT Press and contributions to the critical journal Audimat. Recent curatorial work has been the Open Sound programme for Outpost and guest curating Wysing Arts Centre’s annual festival. He is one half of the electronic music project Emptyset working with electroacoustic and computer music, broadcasting and spatialised sound, presenting commissions with the Architecture Foundation, David Roberts Art Foundation and Tate Britain's Performing Architecture programme and recent performances including Sonic Acts, Wien Modern and Berghain for Transmediale 2020.